Day One: Of What?

I woke up early this morning and did a little research on CP.  That's his special need.

Then I went back over the profile.  And the videos.

Then there wasn't anything else I could do, so I moved on.

I didn't stop thinking about it.

Later, we were in Target.

And, you know, Woman's Day Magazine has a Bible Verse on one of the contents pages every week?

Well, I just glanced at the magazines, and Woman's Day caught my eye.

"Do not worry about tomorrow; for tomorrow will take care of itself."  -Matthew 6:34

One day at a time.  Today's piece is done.

The truth is: there was a specific little guy.  We'd gotten the featured child email from the agency we worked with last time.  He was beautiful.  So he may not walk...  It was absolutely not a heart barrier.

We entered into a conversation with the agency.

Slammed into the money wall, and went silent.

Yesterday, in the afternoon, I stumbled across the email and felt I should let her know why we dropped off the radar.

She responded promptly to let me know...

He isn't ON HOLD.

My numbers were wrong.  We have the income and margin.

Let the waiting on God begin.

Just Thinking About It

I'm thinking of getting back over here and re-establishing the purpose for blogging.

On the other hand, I may just stop altogether.

That sounds unsavory to me.

But we recently had an experience that made us realize,

Adoption is by no means a closed case for us.

In the blink of an eye, we are ready to jump back in.

As of now, China is not an option until we come up with a few more dollars of income per person per year.

What that is going to look like, I do not know.

Whether or not, there is a child somewhere who needs a mom and a dad and prayer.  And a house and a dog and a "trampleen".

And what if a quiet voice can awaken someone who will be that mom or dad?
Posted by Maggie S at 30.8.12 1 comment:

WW: Watch Your Back.. 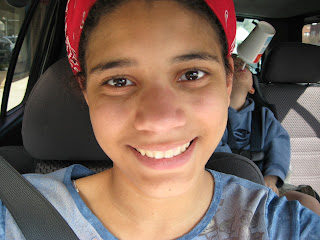 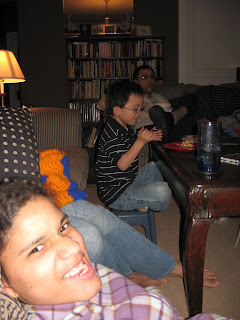 Oh, never mind, just put the camera down you are running down my batteries. 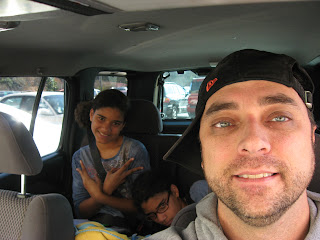 Oh, I think I have the solution. 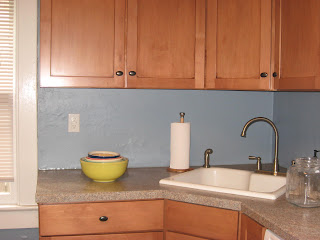 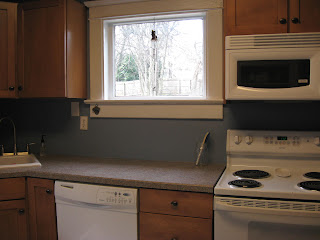 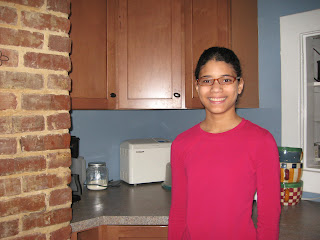 no, that wouldn't be any fun at all. 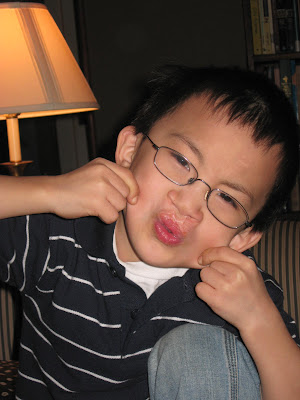 ...and we take our fun pretty seriously. 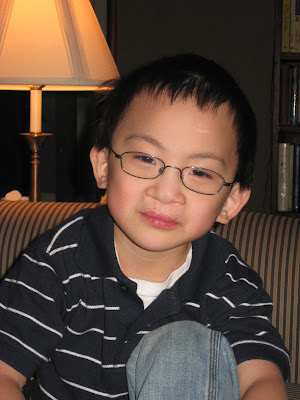 I am proudly sharing these photos of the kitchen we renovated three years ago, that is just the right size for Paul Bunyan's wife; when we had no thought of adopting a small fry, who would just like to be able to reach some stuff, with Wordful Wednesday at:

Long Past Due Update: Amazing

Yes, in practically no time at all, our 6 month post placement report is due.  The worker came Friday.  I had forgotten she was coming and I was so incredibly glad we were home.  She said she hadn't meant to make a surprise visit.  That's cool.  The house wasn't half bad except for the fact that we had a week's worth of laundry standing around waiting.  Mickey was home to fix the dryer and therefore joined us.  We would not have had him there otherwise.

Since I was updating, I realized I needed an update here, too.

He is hysterically funny and I have been collecting little tidbits but am currently drawing a blank. (Hey look, excellent excuse to post more often!!!)

The seemingly never-ending series of doctor visits has settled into a predictable routine.  A few weeks with none.  Then everyone wants to see him at the same time.  Surely, this will space out over time.
Generally:  He didn't get the "coldy-flu-y-virus" thing the girls and I got.  He has grown two inches and gained four pounds since his first visit to the Pediatrician in November.
Eyes: Strabismus, or Lazy Eye, was slowly robbing him of his distance vision and would have taken the eye.  Thankfully, a great pediatrician did a basic vision screen in his well check and we are in glasses and patching.  This is not a treat for him or for us. He does report that he can see the numbers but not the letters in his school work.  Hee.  Hee.  This is just one example of all the fun of being six that I forgot since my girls were that age.
Hepatitis B:  We had him re-tested based on the fact that the pediatrician could not locate his liver by feel.  Usually Hep patients livers are slightly larger.  Yep, he still has it.  The Pediatric Gastroenterologist told us that in 40% of children with congenital Hep B, it disappears.  He feels that our son will more than likely be one of these children.  We will be screened every six months.  This office staff are awful.  I thought it could just be me, but I have spoken to another adoptive mom, and she has had difficulty with them too.  They are the only game in town.
Cleft Lip and Palate:  Surgery is currently scheduled, but may have to be re-scheduled per our insurance and FSA.   Of course, photos will be forthcoming.  This team is friendly positive and enthusiastic.  We are glad to have them.  I have never been under general anesthesia, and my husband responds poorly to it.  I am terrified slightly nervous about this aspect.  I have never had a child in hospital before and am not sure how to ask about how to prepare what we will need.  The instructions from the doctors office are friendly and positive and...MINIMAL.
Academics:  He could do as much as I could provide.  He has whipped through a series of workbooks that are intended to be review.  I gave him a really short explanation of  multiplication, on the fly, hoping to come back and have a more detailed discussion later.  His face lit up like Christmas morning.  He required no further explanation.  He can read aloud at a higher level than his comprehension. His developmental report said his comprehension is terrible.  It really isn't.  It is at grade level, while his ability to decode is above grade level.  It makes it seem weak, but it is just out of balance.  He is just like all the rest of us.  He enjoys the easy stuff more than the stuff that makes him slow down and work.
Loves:  His Bed, Chicken (can make a leg bone SHINE), Winter Wipeout, video games, American milk, Sunday School, Pastor, Awana (a kid's program at our church), math, baseball, grape slushes.

I guess that says it all.
Looking back over 6 months, I can't help but be amazed.